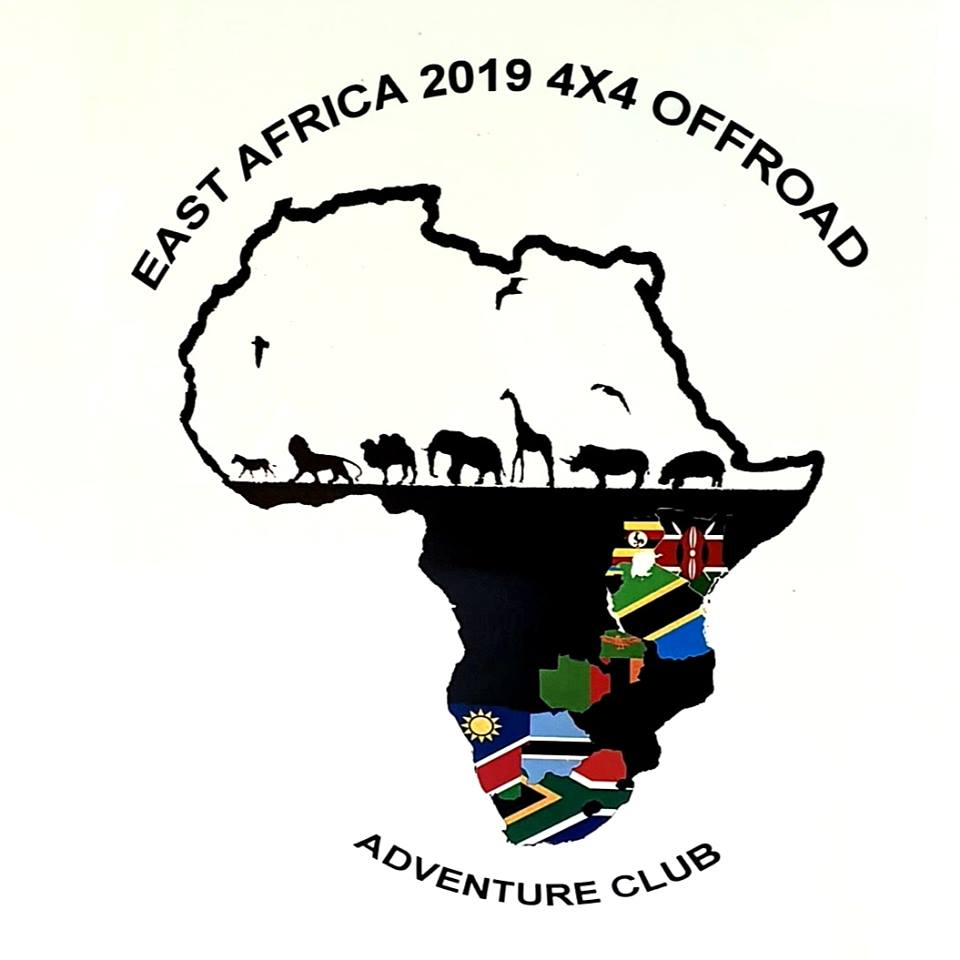 The 4×4 Offroad Adventure Club in Cape Town decided to visit the Bwindi Impenetrable National Park in Uganda by road, and this adventure became a memorable 55 day overlanding trip for 6 couples in 4×4`s! Planning commenced 12 months before departure, and included signing on 6 willing overlanding members, arranging the route, booking key venues, and preparing the vehicles. The gorilla visit required heavy deposits to secure a specific hiking date.

Our route included interesting venues on the way, and to this end we travelled through Botswana via Khwai Community Camp, Chobe River, and Victoria Falls into Zambia. Then on the atrocious Zambia roads to Kapishya Hot Springs, before aiming directly North to Lake Tanganyika. We had planned a loop right round Lake Victoria, so we would not return the same way.

Our first lakeside destination Lakeshore Lodge campsite at Kapili, which was superb! Run by Chris & Louise from Parkhurst, JHB [where I lived for all my school years] this venue was tops! Warm water sports including sailing & swimming, as the hippos & crocs are further North. We explored the monastery ruins whilst hiking & cycling to get fit for the gorilla mountain hike, enjoyed the great campsite and warm weather. Chris, Louise & Muffin personally took us out on the cruise boat to enjoy the sunset views and birds followed by a beach banquet.

After 3 nights we travelled North, and wild camped in a forest, before we reached Jacobsens Camp at Kigoma, close to Burundi. Once again the campsite was good, right on the lake. Swimming, boat trip, tuk-tuk ride to lunch at the harbour, and chasing monkeys in camp kept us amused for 3 nights. This stay will also be remembered for two members being detained by police for inadvertently sightseeing in the police cells!

The next leg of the journey was to Rwanda, which is too far for around Burundi for one day. We had to link up with the main Das es Salaam/Rwanda road without having any reliable camping information. Information from the 4×4 Forum mentioned camping in a quarry before Rwanda border, and it was fantastic to be guided to within 50 metres of the turnoff from research done in Cape Town. Our entire trip was plotted on Basecamp, and issued to the 6 members before departure. Although we had a complaint about the access road which was about a 1.5 rating, our camp was just out of sight and away from the noisy highway. We had our first experience of a Dual Border, where only vehicle insurance delayed us. Then on to Kigali, where the Genocide Memorial was our main objective. This proved to be a very well organised and informative experience, with recorded handsets providing commentary of each numbered display. All main genocides are given exposure, including Germany, Serbia, Cambodia and naturally Rwanda. We found this a very clean and pleasant country, where our plastic vehicle refuse bag was confiscated on entry. RSA needs this! 2 nights were spent at Red Rocks campsite near Volcanoes Park. Although none of the group went into this park, some went to the Dian Fossey Research Centre where Dian was buried. She was the author of Gorillas in the Mist.

At long last we were going directly to Bwindi Impenetrable Forest, where we had booked our campsite and hike with Rushaga. Paying out thousands in USD a year in advance is quite nerve-racking, but this place delivered all that they offered, and Ivan the owner is to be commended! On arrival we were met by Constantine, our expectant P.A. who looked after our entire 3 day visit and hike. High up in the mountains we were taken by minibus to the main base camp, addressed by nature conservation leaders, and then our group was allocated to one gorilla family. We had NSHONGI, which initiated another bus ride to another base camp, where overnight trackers were following the family. Our guides and porters hired to assist 4 of our ladies, then took us up and down muddy narrow paths, over tree log stream crossings, and finally to the tracker group, after 90 minutes of hiking. There we were briefed, and leaving the guides, lunch and porters, we followed the trackers who were hacking a path sideways along a steep hillside to arrive a few steps above the Nshongi family. They were quite spread out, and firstly we had quality time with one large female who was eating away as the group closed in for best views. Then a couple of juveniles were swinging around in the trees on our way down to the silverback. He was at first aloof with his back to us, but later turned around for wonderful photos. We were about 6m from him with a small stream between us. Later a couple of youngsters crossed over to check us out.  Rules are that each family can only be visited for 1 hour per day, with the trackers following them day & night. The return hike somehow seemed easier, but ended with weary legs which stiffened up for a few days.

It was our objective to see more of Uganda, and we had selected Queen Elizabeth National Park next, which is on the equator. What a great park this is, featuring the Kasinga Channel which is 32km long and links the Lake George with Lake Edward. It has the largest number of hippos anywhere, and it was interesting to see the variety of animals and birds together. It also has tree-climbing lions, which attracted many tourists. Our next destination was Murchison Falls National Park, which is on the Victoria Nile river before it changes to the White Nile. The falls were viewed by 4×4 from the top, and later by boat from below. They are only 45m high x 7m wide, and compress about 300m3 per second down the narrow gorge. Quite impressive, as were the large variety of game in the park. New to us were the Rothschild giraffe and Patas monkeys, and we had hippos in camp every night at Red Chilli campsite.

Then via the outskirts of Kampala we headed for Jinja, to the Explorers River Camp, where chaps from Somerset West are in charge. A beautiful resort on the Victoria Nile just after it exits Lake Victoria, where in camp we saw African grey parrots, Red-tailed monkeys, Rosses Turacos and Red-billed firefinches. We had spent 11 days in Uganda, which was insufficient for this amazing country, which is truly jacked up for tourists.

This brought the group near to the Kenyan border, and North-West of Masai Mara, where we entered the Mara Triangle gate via Suna. Here we found a very green country teeming with game. Within 45 minutes we had seen lion, elephant and hyena! Travelling in pairs, we had 2.5 days of this magnificent park, which affords great opportunities along the Mara river. Bush camping at its best, large lion families, elephants galore, hyena family nest, and the aftermath of the infamous migration.

The smelly river crossing to Mara Plains showed many carcases, scavenging birds and large crocodiles, as well as more lion, a cheetah with cub, and with the expected wildebeest, zebra, giraffe and buffalo. Camping outside Talek Gate at Aruba Lodge we had colourful birds, a tame eland and a typical downpour, leaving the roads extremely slippery. On our way to Nairobi, 2 of us had slipped into the side ditch, but recovered ourselves before coming across a game viewer off the road, which we managed to winch back onto the slippery surface. Our group stayed that night at Jungle Junction, before departing for Tanzania the next day.

At Arusha, vehicle service was the main objective, and the Toyota agent was superb. Having made a booking for a specific day before we left Cape Town, it was great to be treated very professionally at a fair rate, and were transported to the supermarket by them. On the previous trip we had not had a decent view of Kilimanjaro, so a 2 night stop had been arranged to travel east to Marangu for this opportunity. Unfortunately we had no luck due to rainy conditions, so we headed to Karatu for the `must do ` Ngorongoro Crater visit. The Serengeti Park had been visited 3 years before, together with the Crater, but the Masai Mara had replaced it on this journey.

As before we had booked game-viewers to transport us from Kudu campsite for the Crater day. The 2 game-viewers gave the group a chance to enjoy the day together, and saved around R10,000 for the day. Although more crowded, the Crater was once again an outstanding experience which exceeded our expectations. Excellent lion viewing included a pride protecting a buffalo kill from a hungry hyena pack, a race with other vehicles to view a black rhino, great birding, and hyenas etc. Once again we found this very special place worthwhile, quite different from other reserves.

We arranged that the inbound stops were optional for the group, and our scheduled stayovers were to provide some relaxation on this journey. Myukuyuku in Kafue was reached easily in 3 days, where we enjoyed 2 relaxing nights. Then another 2 days travel when 3 of the original 6 vehicles arrived at Droskys Cabins. We selected this Okavango River stop to provide the group with reduced fuel costs from the Caprivi border all the way to Cape Town at around R4.00/lt. saving.  Ultimately the remaining 3 couples bid each other farewell there, and we spent another 2 nights on the road.

We had travelled just over 15,000km, crossed 12 borders and the equator twice, and passed through 8 countries in 55 days. Ebola testing & control, dual borders and foreign exchange presented daily challenges, together with varying traffic laws and police controls.  Only 4 nights were spent wild camping, with all the rest beyond RSA borders in formal campsites. Provisions were usually available en route, including bottled water, fruit & vegetables, meat etc. The journey was difficult in places, which was minimised by most in the group who always went out of their way to provide support with running repairs, Garmin lessons, special decals, border guidance, co-ordination of group activities, and evening braais.