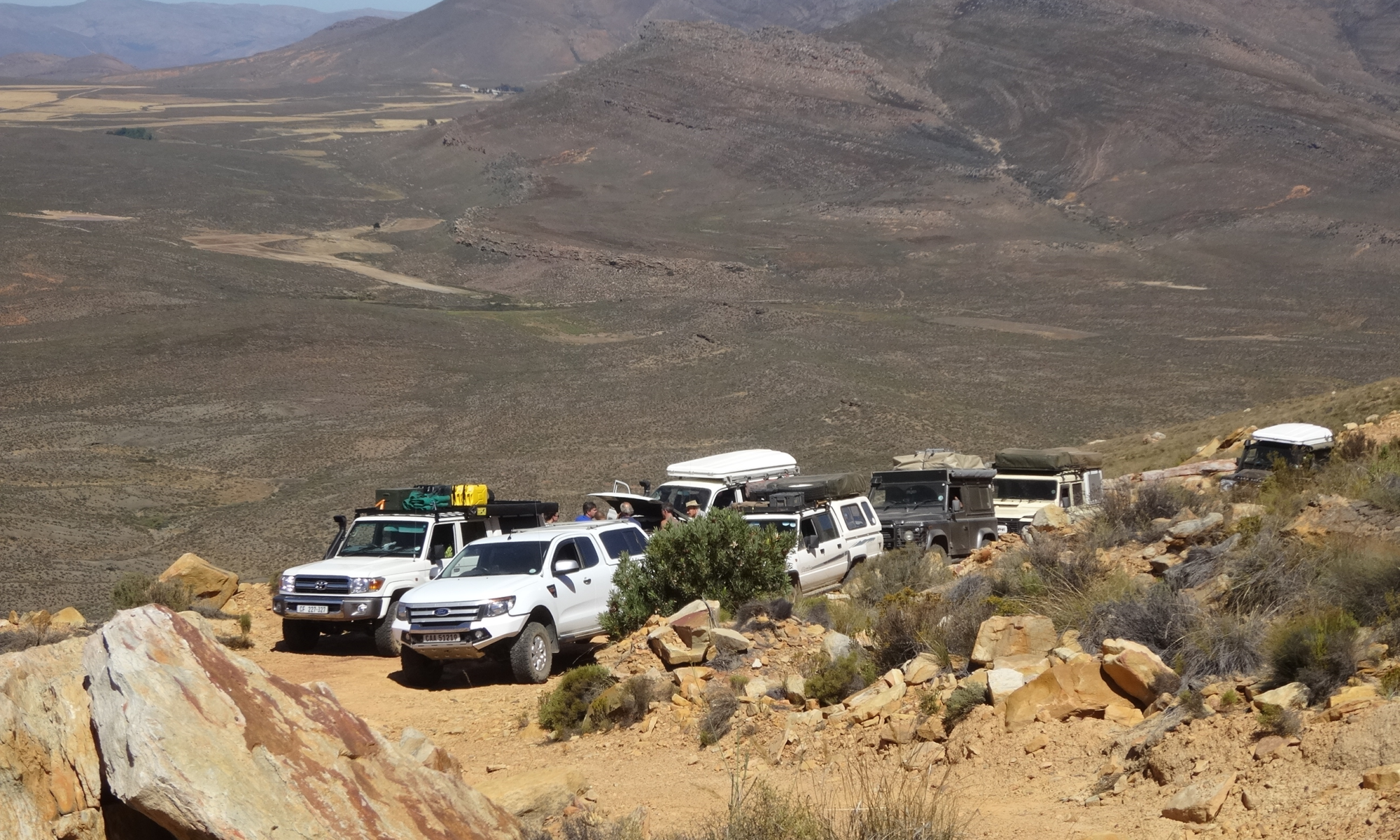 This was a weekend with a difference, in that the weekend was spent on the fascinating farm of club member, Laurence Green, high up in the mountains overlooking the Tankwa Karoo. The group included Laurence and Mandy, their daughter Courtney, their son Cameron in his Land Cruiser, Dieter and Liechen (Dieter having fixed his Landy after the last outing!), Rob Hall, Ivan and Anita, Ken and Shona and of course, Andy and Colleen. The latter couple only caught up with the group in Ceres, having to double back home to collect the bedding they had left behind – much to the amusement of the rest of us.