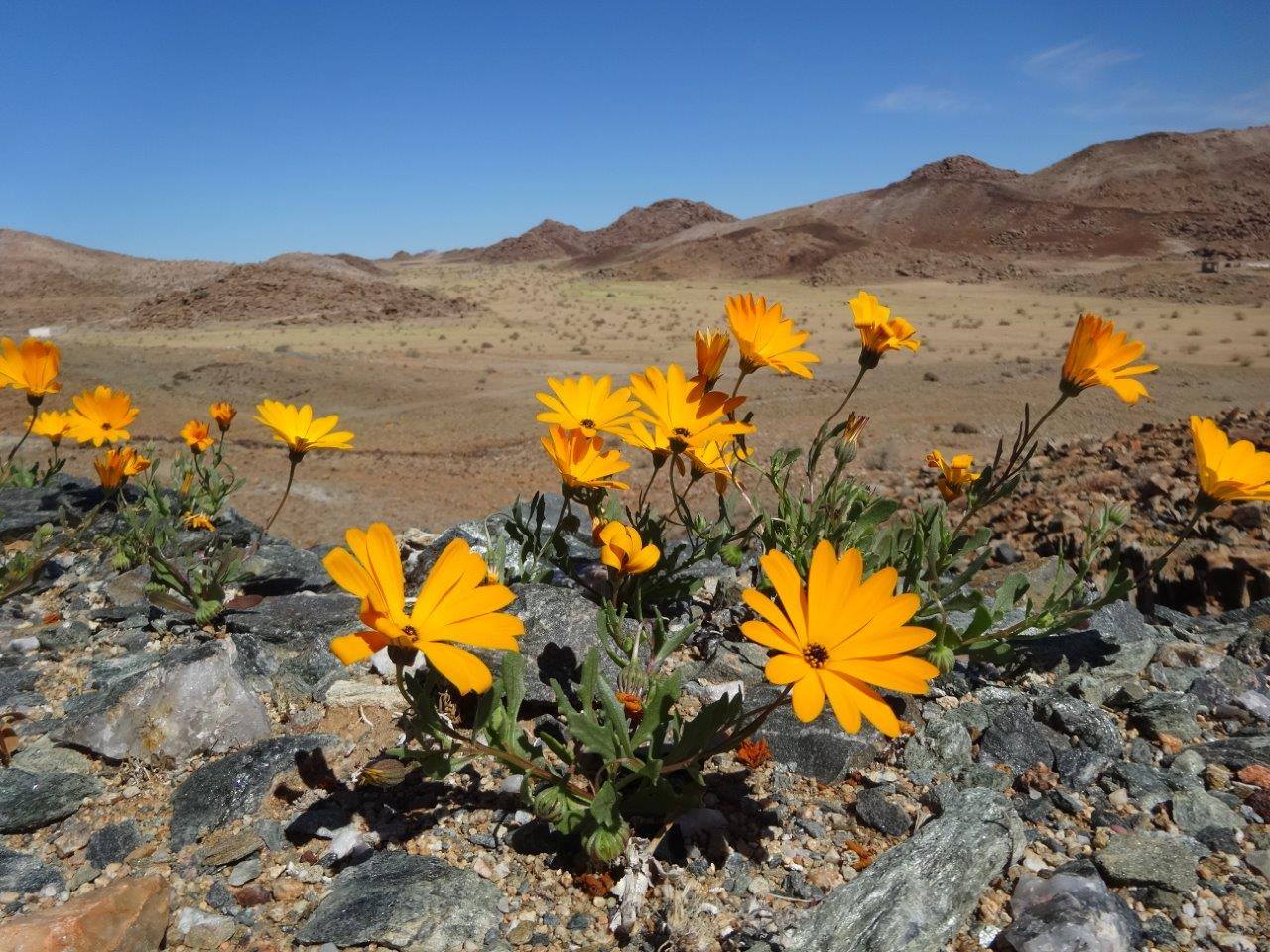 It was a very early Friday morning when Andy and I left Cape Town en route to Steinkopf to meet up with Ken & Shona Sturgeon, Rob Hall, Jurie Schuurman & Sanet, John and James Little and Susan Skog (travelling in John Little’s vehicle) for our Northern Cape / Richtersveld adventure. It was lovely to see everyone!

There was a palpable feeling of excitement from myself when we finally got off the tar onto gravel and our true adventure had finally begun! I find these trips so soul refreshing – the peace and tranquillity of the area seeps into your bones and completely unwinds you. In fact, Andy and I remarked that on this trip we had slept better than ever before! The best medicine that the soul could ever wish for!

It was a trip of exploration in stunning areas that we had never been in before as well as interesting mines, although sadly the mines scar the beauty of the landscape as they have just been abandoned without hope of rehabilitation. We were also incredibly lucky to have the best wild flower show we have ever experienced in that area and our photos really don’t do the beautiful colourful fields and variety of flowers justice.

Early in the trip, we camped for 2 nights near “Die Hel Se Pad” and one chilly morning set out to walk the trail down to where it meets up with the Orange River and where there is a fascinating mine that we explored (which we had been to before a few years earlier, coming from another direction). I (and I think others in our group) was gobsmacked to hear from Jurie that he had driven the trail at least once – many years ago! This is not a trail that I would like our vehicle to ever venture on so I was quite happy
walking it instead! Some idiot had thought it a good idea to dump their rubbish under a rock on the “Die Hel Se Pad”. Jurie and Sanet collected two bags of rubbish and took it out with them. Good on you, Jurie and Sanet!
Every day revealed something new and of particular note was the many “halfmens” plants we started spotting on north-facing slopes. This was a special treat as these little guys / gals can be quite elusive and you really have to look hard to spot them up on the higher slopes. Some of them even had 2 or 3 heads or arms, which I have personally never seen before.
Near Koeboes, towards the end of the trip (by this time, Jurie and Sanet had already left the group to travel to Kgalagadi and John, James and Susan had also departed the group as they needed to get back to work), it had been a long day and the bushcamp that Andy had anticipated us staying at that
evening in a little kloof just wasn’t going to be suitable due to no protection from the wind. So we retraced our steps and put down camp near a cliff-face where we thought we would get some windprotection.
While setting up camp, the wind just kept getting stronger and stronger – it was funnelling straight into our campsite, shaking Ken’s rooftop tent unmercifully and ripping up tent pegs anchoring the fire wind break. Tensions were getting strained and eventually I said to Andy “ENOUGH! This is not going to work – we have to find another bushcamp for the night!”. Everyone was in agreement and we all packed up in haste, everyone pitching in to help others get their gear into their vehicles. We had
to laugh as Shona diffused the tension everyone was feeling by quirkily chirping over the radio, “That’s the shortest camp night I’ve ever had!”. It certainly was as we had pitched and taken down camp within about 1 hour!
To cap off my story, this exploration trip was a great success – good company (thanks for the entertainment and sailing stories, John) and spectacular scenery made for a fantastic outing! And the weather even played along (mostly!) painting us with sun-kissed skin to the envy of those back in Cape Town experiencing a cold and rainy wintery time while we were away!
Trip report contributed by Colleen McMahon.