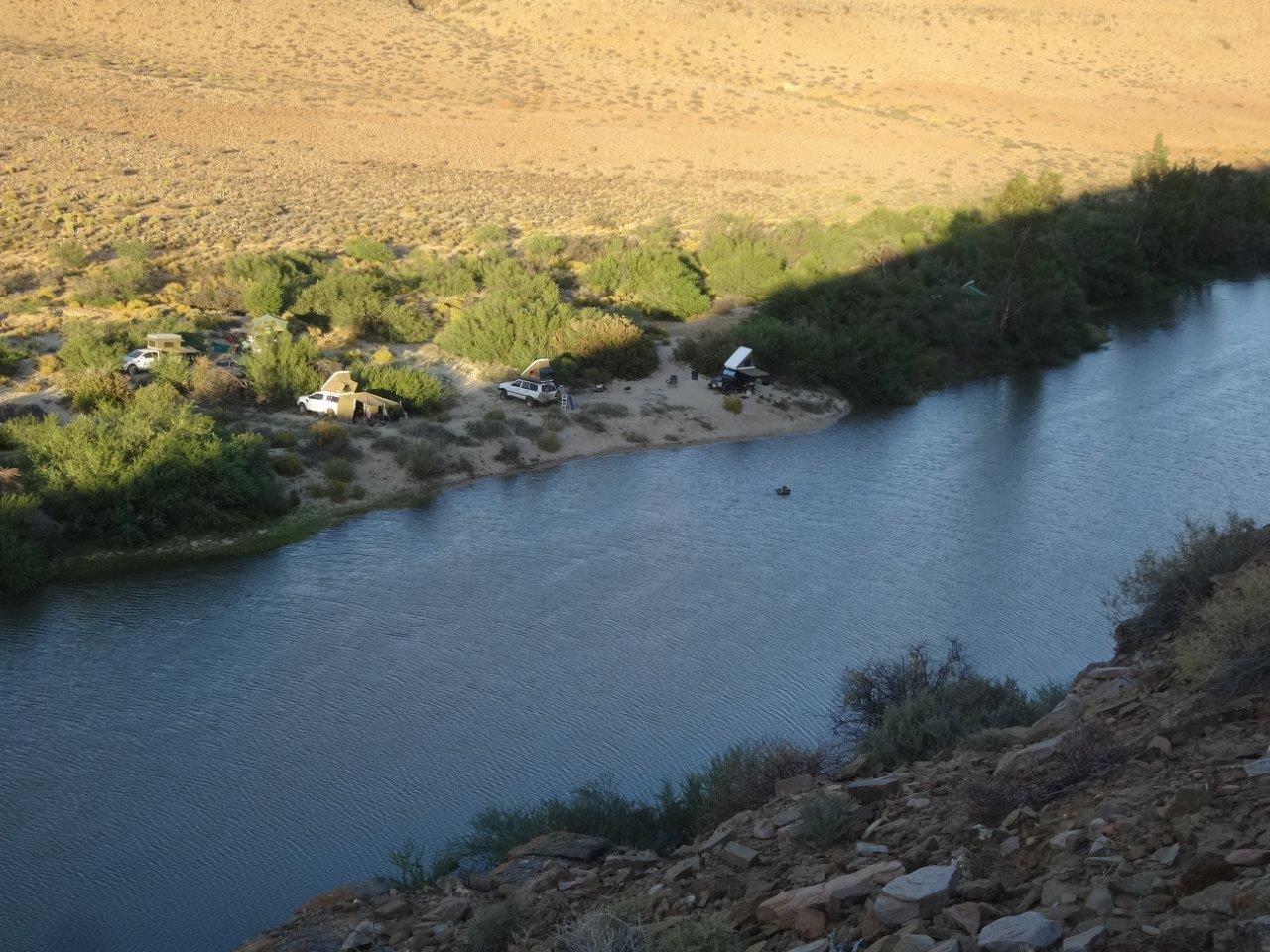 On Friday morning most of the group of nine vehicles met at the Ceres Zipline base for breakfast, a few dining in town.  We then drove along the R355 until turning into unspoilt wilderness.  A very careful decent down the gorge to the previous river crossing revealed that the storm the weekend before had increased the river level substantially.

After a few sacrificial members walked the river it was decided to retrace our steps and cross the river in another area, using a causeway.  All the vehicles crossed safely with lots of team spirit and assistance.  This meant that we reached our camping spot on the river much later than expected but it was a very interesting and enjoyable day driving.  The camp site was very sandy so there was a lot of dune mounting and a bit of towing and digging needed to select the perfect site for the next few days.

On Saturday the wind was fairly strong but that helped cool the campers as it was very warm.  A lot of relaxing was done and wallowing in the river.  After lunch we had an interesting activity.  A few members set up clay pigeon shooting and anyone was welcome to try their aim.  A few ladies proved to be very good shots and a certain person  who had watched a lot of You Tube videos was exceptionally accurate.  Later there was target shooting across the river.  These activities were very generously and extremely safely shared with the group.

Sunday morning, another very hot day, the group set out on a short hike to see the “running man” rock formation and swim in the river upstream, overlooked by curious cows and sheep.  And nibbled on by tiny leeches.

Lots of fun and laughter was had around the “tiny” campfires as we braaied.  On the Monday a few of the group members left for other adventures and the rest of the group visited the rock people and structures that peacefully look down on the campsite. Leaving was a lot easier as the water level had dropped a lot during out stay.

The area is really beautiful and wild and worth returning to.  Thank you to Andy and Colleen.