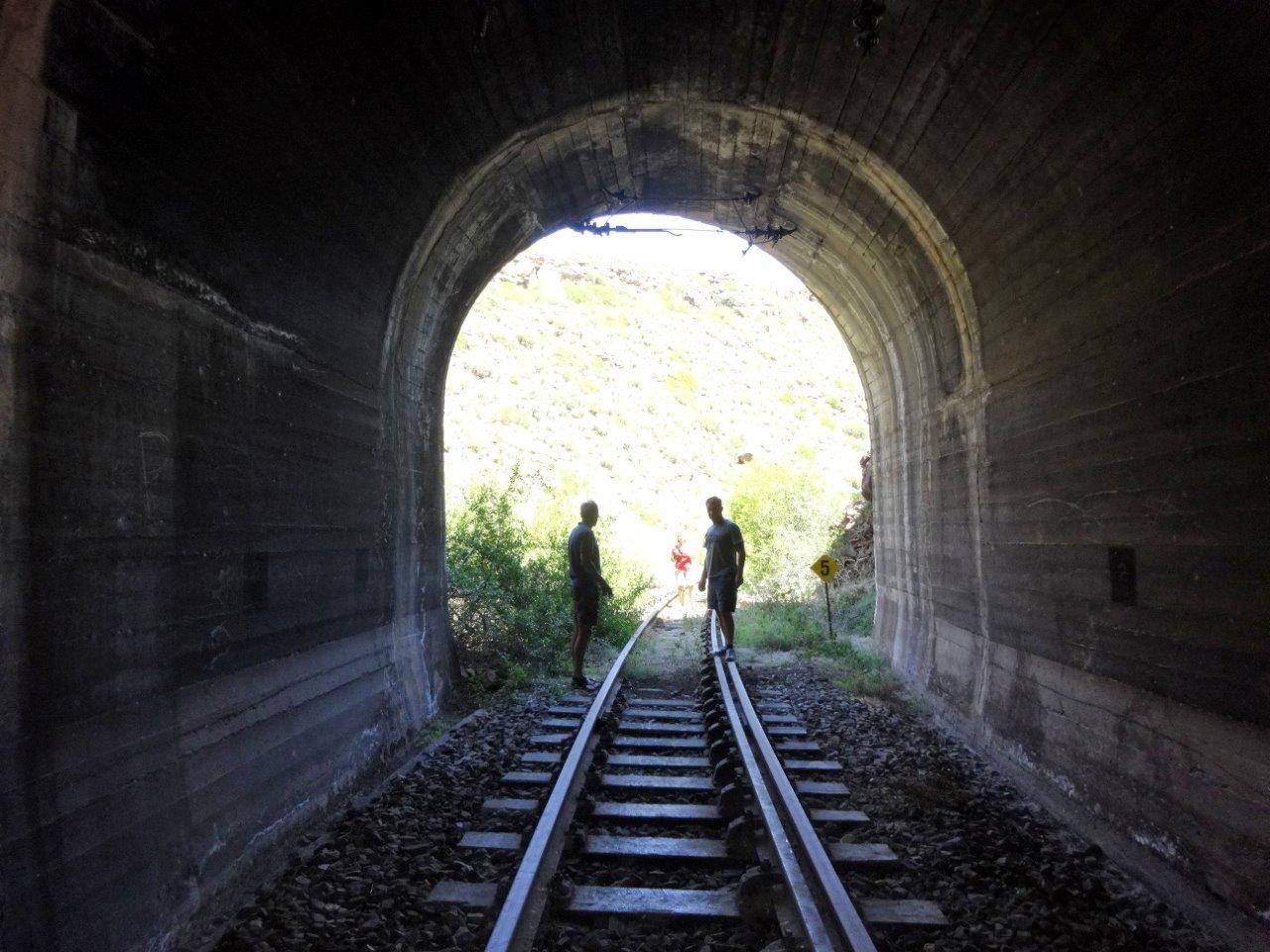 Getting to the campsite involves a steady climb up a valley on a dirt track to the tunnels. The first tunnel still has track in it and caused some concern initially for a few as they thought they may need to drive through on the track! However, a few metres further on the road turns and heads through the older, smaller tunnel that has a smooth gravel base to it. The drive through the tunnel makes for an interesting variation while keeping an eye on the raw rock face above.

A few hundred metres beyond the tunnel, one comes to tunnel camp. While basic, it has everything necessary to make for a pleasant weekend from a camp kitchen with a sociable braai area to a pool filled from a nearby borehole.
The 10 vehicles on this outing arrived at camp from midday onwards on the Friday with a few arriving early evening after the taxi’s caused their usual chaos on the roads in Cape Town. For those arriving early, a very pleasant afternoon was spent around the pool. Friday evening was the usual social
evening catching up around the braai.

Saturday morning was spent exploring along the railway line and catching up with Jurie & Sanet on their bikes. They had the benefit of being able to go beyond a locked gate and cycled to Matroosberg Station. We explored a side track that lead to another locked gate so we backtracked to camp and
drove a track that went over the tunnels and up the hill. After reaching the top, we followed a track that took us to masts at 1300m giving us an excellent view over the Hex River Valley. After a brief stop, we backtracked to camp for a chillout afternoon & swim followed by an interesting late afternoon walk along the railway line to the two bridges.

Saturday evening was catered for by Impangele so we were all able to enjoy relaxing around the fire while others prepared our meal. A bottle of Champagne was handled in a very ceremonial fashion by Ken in celebration of Joyce’s birthday.

Sunday morning was a lazy affair apart from Jurie, Sanet & Dieter heading out on a cycle. All in all, it was a very enjoyable weekend with two members electing to stay on for an additional night.
Thanks to all for a great weekend!