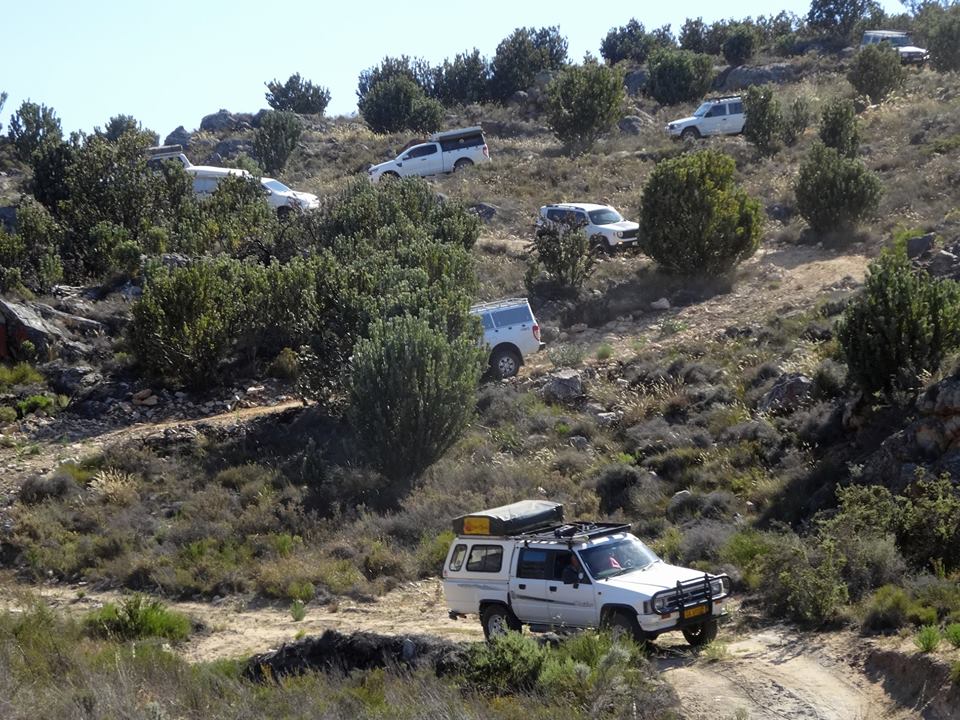 The Middelberg weekend started with 11 vehicles arriving during the day and afternoon on the Friday. The campsite is about 2 km from the main farm house and can only be accessed with a 4×4. The campsite is neatly laid out and has a sheltered braai area under a grove of Popular trees and was the focus for a very pleasant and social evening around the fire.

A lazy start to Saturday morning was followed by a drive around the 20Km plus tracks spread out over virgin lands on the farm with Jurie and Sanet taking up the rear on their bicycles. We can only assume that the farmer had been given a bulldozer as a birthday present as one has to be quite committed to create such a wide ranging set of tracks! The tracks did not make for a technical drive but the many rocks kept one’s attention on the track. There are a variety of large buck, including Zebra, on the farm but apart from seeing them where fodder is put out, we only saw smaller buck, such as Greysbok and
Springbok elsewhere.

We made our way to the southern end of the farm and enjoyed the magnificent views toward the mountains and stopped for an early lunch before making our way back to camp. The rest of the afternoon was spent socialising and swimming in the pool before settling down for another social
evening around the fireplace.

Sunday was another lazy start for most though Jurie and Sanet headed out on their bikes to enjoy more of the farm. Jenny Childs had (tongue in cheek) promoted water aerobics for 7AM (think they wanted to see how much water they could expel from the pool!) but a misty start put paid to any attempt to follow through!

Most members departed for home around midday and all firmly agreed that the campsite is ideal for those that like to get away and enjoy solitude and the safety associated with being far from any farms or civilisation. I suspect a few of the members will be returning again soon! 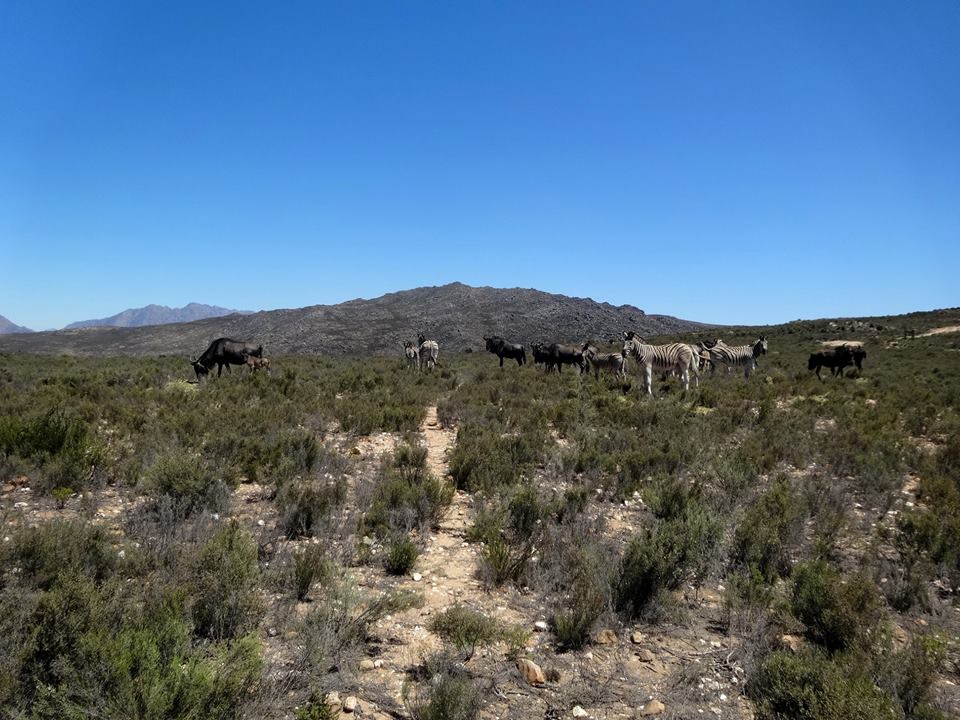